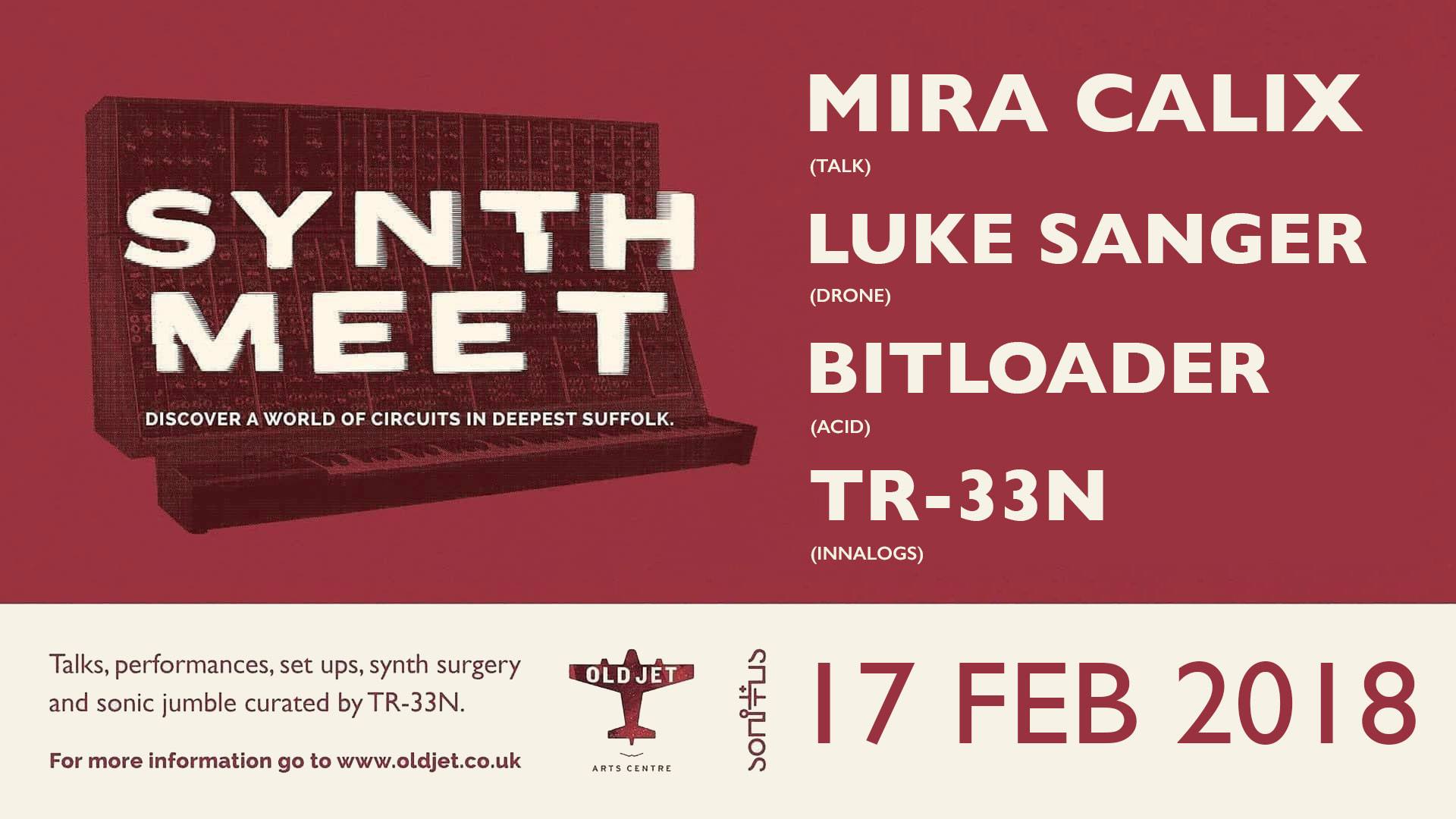 Last weekend I ventured to Rendlesham airbase, situated in the deepest depths of Suffolk. Ufology fans may recognise this as the site for one of Britain’s most famous UFO sightings in the early eighties, also known as the ‘UK Roswell’. The location was so remote, that even with Google’s help we managed to get completely lost and ended up driving though a burst river and stuck at a locked old gate to the airbase, which I’m actually convinced was the infamous east gate where the UFO was originally spotted, spooky coincidence?!

The event, billed as a ‘synth meet’, was organised by local noise makers and synth builders Lou & Dave aka TR-33N.  It was hosted in collaboration with Old Jet, a kind of art centre/studio venture situated in one of the airbases old maintenance buildings, very cool!

Discovering such an establishment in the most unlikely of places (there’s literally old US fighter planes and decaying helicopters just outside) added to the charm of the afternoon’s proceedings. The event itself was really nicely thought out, with a room for people to come and trade gear and show off their setups, a cafe room and a live music room.

When I arrived, TR-33N were playing an improvised set of wonky acid music from their DIY eurorack rigs, the sound system in there was decent! Between getting a cup of tea and some excellent brownies, I also caught the second half of Mira Calix’s talk, which was informative and she had some really interesting information about getting local arts funding for music projects and the like.

I played next, using a patch built on my Make Noise modular system prior to the event. It was really an expansion on a patch I created to perform some ambient drone music a while back and is based around a series of looped drones on a reel in the Morphagene, which provide the ‘bedding’ for the set. The other voices (DPO, Echophon + Erbe Verb) are then patched and improvised in various routings and with varying degrees of randomness, (thanks to the reliably uncertain Wogglebug).  I’ve been using this particular system for two years now and not much has changed configuration-wise. I approach composing with it more as a singular instrument, rather than a collection of individual modules and I’m getting to a point where I can comfortably take the sound through many different timbres and dynamics without too much repetition.

After my set I caught some nice live modular acid from Bitloader (makers of the stepper acid sequencer module). By which time the event was drawing to a close and we headed home. It was nice arriving back from a gig in the early evening, rather than the early morning which is more than often the case.

You can stream my set in full on soundcloud: