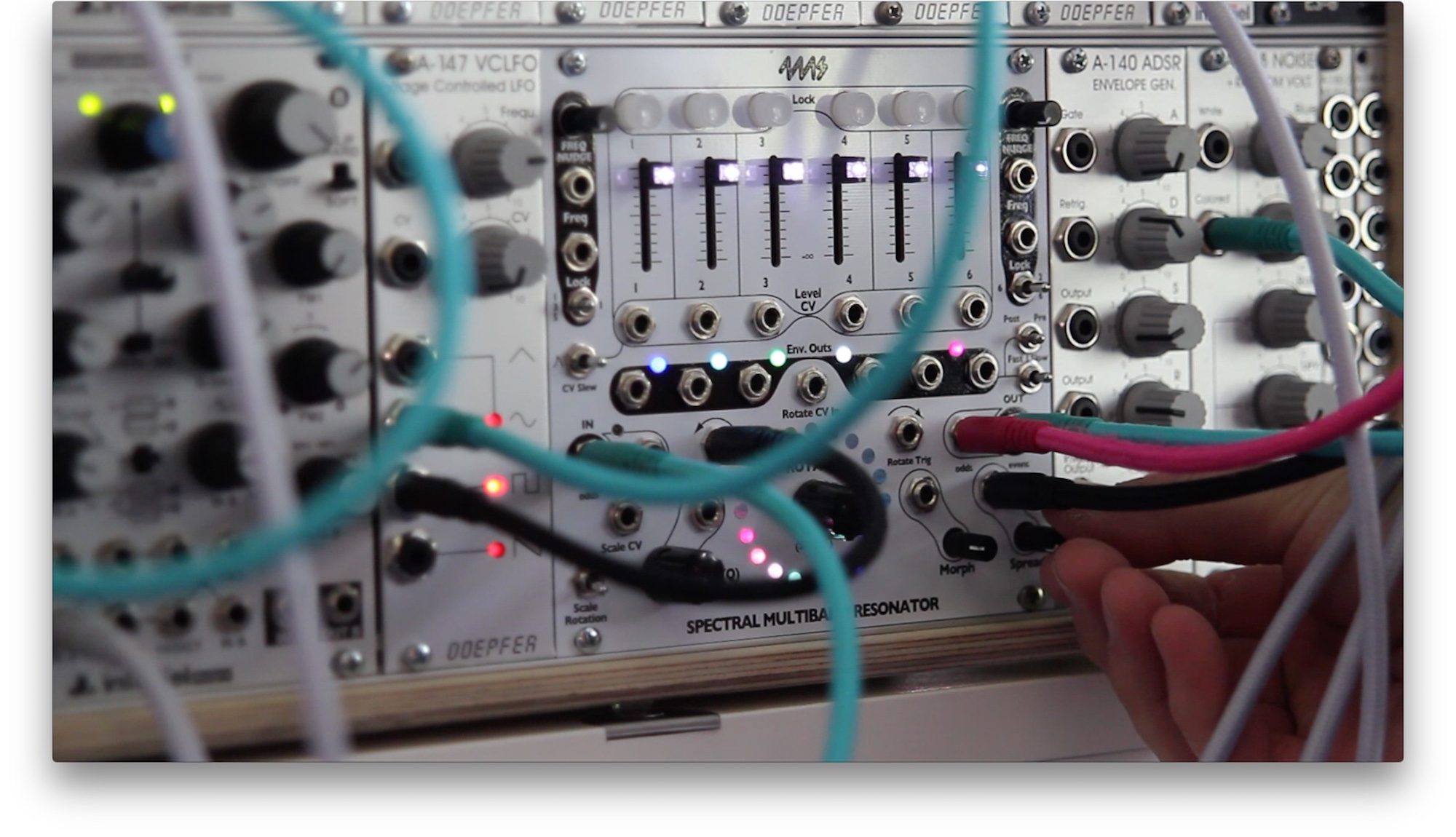 The 4ms Spectral Morphing Resonator (SMR) is possibly my favourite module in my eurorack rig. It gets a lot of use. So naturally, I was buzzing to try out the new software emulation by Softube. The version I got to review also has all the other Softube modules bundled with the modular plugin, so it was a nice intro on how Softube’s take on the eurorack experience works behind a screen.

The Softube modular environment has a really slick user interface, it kind of reminded me of the native pedal board in Logic Pro; simple and uncluttered. Basically there’s an empty rack in which a double click brings up all your modules, then you click on one and it appears in the rack. Moving modules around the rack requires there to be empty space to drop the module into (eg it wont automatically push modules along to make space for you).

Patching is very quick, responsive and clear to operate. Once you have a busy nest of cables on the go, it has a nice feature where the cables from the module you are working on become in focus, while the rest fade slightly. This simple visual touch is actually really helpful to see what’s going on. There is no fancy wobbly cable animation ala Reason, which I’d imagine saves on valuable cpu.

Certain inputs/outputs are simply not patchable to one another and a red warning circle appears if this is the case. This is a clear difference between the Softube modular and hardware eurorack, part of the interest in modular synthesisers is the freedom to stick things where you shouldn’t and see what happens! However, I guess in the virtual world this would likely do something crazy, like overrun the audio buffer and cause the whole system to come crashing down, so the safety ‘limitations’ on patching are probably essential for the software to stay stable. I tried out some pretty wild patches and the plugin didn’t crash once, so all pretty impressive in that regard.

So anyway, it appears Softube are adding lots of existing real-world eurorack modules to their plugin. I noticed a few familiar faces already, like the Intellijel Korgasmatron and classic Doepfer modules like the A-110 oscillator, alongside a load of very useful native sequencers, effects and utility modules. It’s beyond the scope of one review to cover all the modules, so I’ll be focusing on 4ms SMR, the latest addition to their virtual rack.

Visually it looks identical to the real thing, with the addition of a little breakout box to navigate patch banks (a duel function knob achieves this on the hardware). Even the little LEDs on the sliders get brighter as you increase them, as on the hardware! The attention to detail is apparent in all aspects, I love how there is no menus or right-clicks in the software, it really does a clean job in emulating it’s counterpart in that respect. 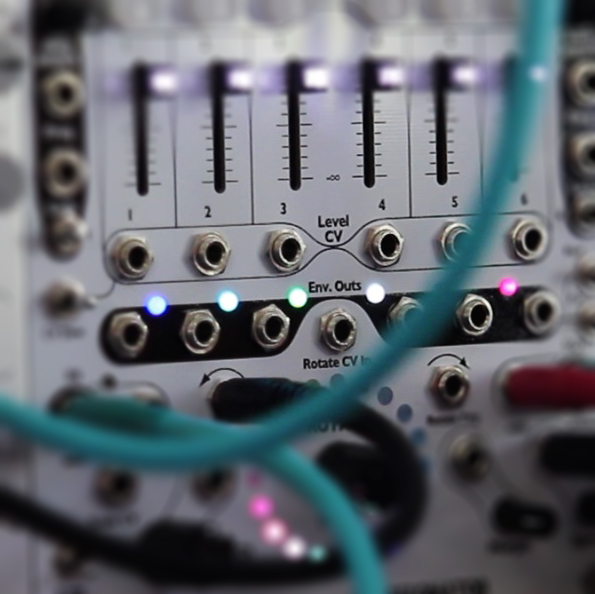 Sound-wise, it is extremely close to the hardware too and really it should be, considering the original is basically software running on a processor. In terms of closeness, it actually emulates a previous version of the firmware to the current hardware (currently v5), which recently added a secondary filter to reduce noise and produce cleaner tones. That being said, I am really fond of the noisy sine waves, so it’s fine by me! As a module, it can work stand-alone (with it’s built in noise source) to produce bell tones, percussive marimba-style hits and evolving glassy drones. It can also be used to process external audio, useful for isolating and morphing frequency bands, or producing vocoder-like effects.

At the time of writing, I couldn’t find a way to send it’s cv to other oscillators, a feature where I thought the hardware module really came into it’s own, especially when you start using the many unusual scale banks, such as micro-tonal scales (check out the Wendy Carlos gamma scale – wow).

The main advantage this has over the original, is the obvious ease of integration within a DAW and the associated benefits of the digital realm such as automation etc. Want to make a patch with multiple SMR’s chained together? No problem! In fact, here is an audio example of me doing just that:

Finally, I was  pleased to see how light this is on CPU. I’m still running a 2008 Mac Pro in my studio (if it aint broke etc.) and could easily stack up a load of SMRs in a rack and get busy automating everything and adding fx etc on top! Overall, a very faithful emulation at a fraction of the price.

Softtube 4ms Spectral Resonator can be purchased as a download for $49 HERE.

One Reply to “Mighty Morphin Resonators”