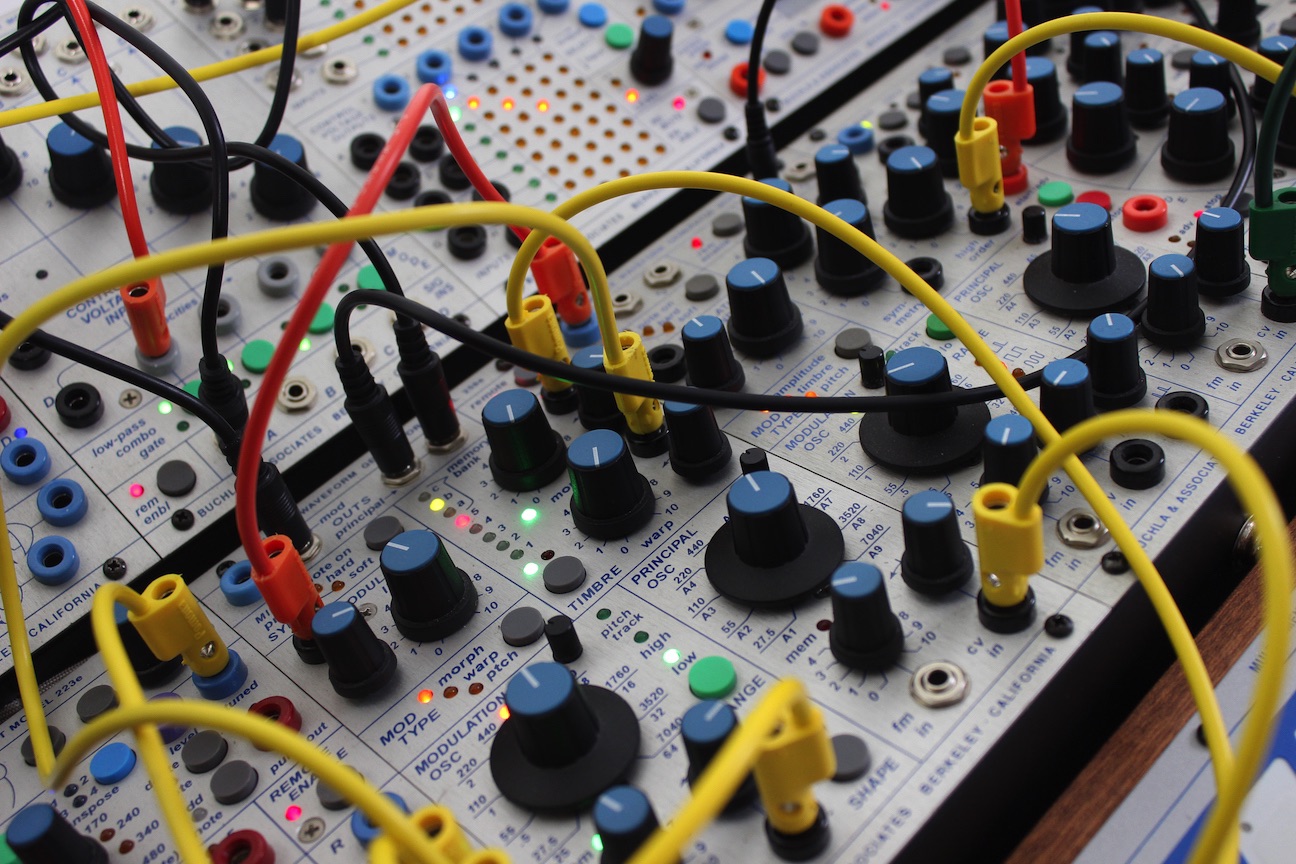 I first learnt about Don Buchla and his synthesiser designs when studying the work of Morton Subotnik whilst at university in 2003 and the alien timbres of ‘Silver Apples On The Moon’ (1967) has stuck with me ever since.

In recent years, his synth company was acquired by BEMI including a messy lawsuit which appeared to have Don ousted from his own company. A sad ending to a legacy left by one of the industries great pioneers. He created some of the first ever synthesisers in the 1960’s and continued to innovate, up until his eventual passing in September 2016.

Still operating under the BEMI banner, the company are currently manufacturing re-productions of the classic Music Easel, as well as many new modules under the 200e and 200h product lines. In terms of audio and build quality (and a price to reflect), Buchla systems are deemed in the highest regard amongst modular synth users, very much the Rolls Royce of the synth world.

One major difference in the new modules offered by the company, is the introduction of digital/analogue hybrid processing in their modular systems (which were traditionally all analogue). This has opened up a huge range of new sound generation possibilities and one such module is the popular 259e Twisted Waveform Generator – a proudly digital, morphing wavetable oscillator.

Whilst I’ve had experience working with many modules and clones inspired by Buchla’s west coast philosophy, I’ve never had the chance to play on a proper Buchla system. So even in a virtual format, I was keen to get stuck in. After installation, the module appeared alongside the others in my Softube modular rack (see my Softube 4ms smr review here). The first thing that struck me, was the panel graphics are just amazing, really clean and well designed – which is a testament as much to the programmers as the module designers themselves, as it appears to be a exact replica of the hardware counterpart.

Anyway, the interface is based around two oscillators, a modulation oscillator and a principle oscillator and to be honest, this is where it’s similarities to any other oscillator I’ve used end! The two oscillators appear to be able to modulate one another in a multitude of ways. Where it gets really interesting is these are also used to scan through wavetables at the same time, the resulting in some really aggressive and harsh sounds. One thing I noticed is it instantly cut through my mix like a serrated breadknife – very unique sounding. In terms of sound comparisons, it actually reminded my of my long deceased Elektron Sidstation in some ways, the heavy digital aliasing and wavetables kind of had some similar qualities. Otherwise, it would be hard to compare this to another synth, as it really has a vibe of it’s own!

The Buchla 259e Twisted Waveform Generator requires Softube Modular to run and is currently on offer for $79 at their online shop.